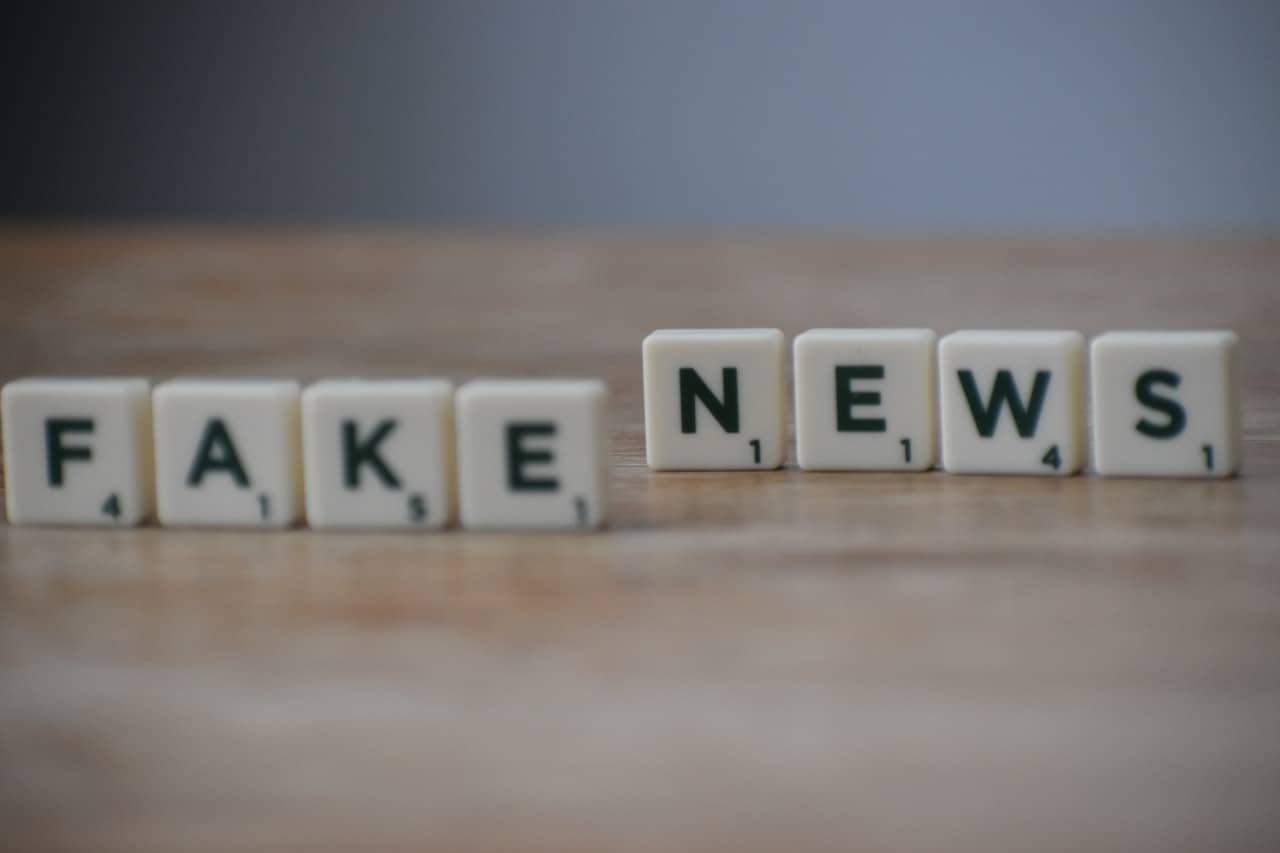 Fake news and how to spot it

If you’re on any social media site, chances are you’ve already seen some fake news today.

Through social media’s complex algorithms, the content we see on our daily scrolls is being targeted at us directly, without us ever knowing much about it. Platforms use age, gender, interests and any other data they have to filter down what reaches our feeds. Often this is done to give you a more enjoyable experience, with content that will be more relevant to you. But as if times weren’t confusing enough, much of the news we see across the internet isn’t even accurate. A lot of it deliberately isn’t. We all have a fake news problem. The importance of fact-checking and critical thinking is at an all-time high where clickbait is concerned.

Two words pop up now more than ever. Disinformation and Misinformation. While they may sound pretty interchangeable, there’s a bit more to it than that.

Disinformation: Content that is intentionally false, but is presented as fact. It serves a purpose. The writer was well aware of what they were doing, and subsequently many of its sharers are too. It has the goal of being untruthful. Often the presentation of this content – made to seem official and delivered with conviction – can be enough to make people believe it to be true. ‘Dis-’ is a negative prefix, it might be easiest to remember this one by thinking of  ‘dishonest’.

Misinformation: It’s less calculated than the above, with people often unwittingly sharing false information. Although the content isn’t factually correct, it’s redistributed as if it is. It’s a lot more likely to involve your grandma sharing some highly dubious news articles on Facebook. However it’s often shared deliberately by people who agree with the message it’s promoting. ‘Mis-’ as in to misinform or make a misjudgement. Although it’s less malicious than making the content itself, it can still have negative results.

Where does it all come from?

Disinformation – and subsequently misinformation – has a long history that can be traced back many centuries. As long as people have had agendas, and access to means of spreading their views, there’s been scope for exaggeration and outright deception. From the earliest forms of news sharing, right up to the device you’re reading this on, it’s found outlets somewhere. Politics has always been particularly prone to this. Smear campaigns throughout history have shown how one side can end up in murky water when it comes to lying about the other.

Back in the early 20th century, newspaper and radio were about the only ways to get your news. During conflict and times of political unrest, they could be used to push propaganda and sway public opinion. We have access to as many varied sources as we like today when it comes to investigating current events. Sixty seconds on google can uncover a lot. But the same principle remains: the greater your exposure to specific information, the more power it can have to influence you. We have far more choices about where to get our news from today. But we’re also spending more time than ever being bombarded with content.

Accompanied by an explosion in platforms to communicate it from, disinformation has become inescapable. It’s lurking in our news feeds and we aren’t always able to spot it.

But why is it even a thing? What use could distorted facts even have?

Disinformation exists to push ideologies through stealth tactics. Convincing people they’re buying into factual evidence [when they’re not] can be more effective than openly trying to win them over to a cause that they might not fully agree with on face value. It also provides the ‘evidence’ to support claims being made, whether any of it’s true or not. It can give the impression of people having formed organic opinions from their own findings – so long as they haven’t done much work double-checking those findings. It’s easy to end up down the rabbit hole from one fake news article into another. At the furthest end of the spectrum, disinformation can encompass extremist content.

Misinformation is redistributed for many reasons and they’re not all malevolent. People may simply believe it to be true and not feel inclined to fact check. They might feel very strongly about it if it’s emotive content. Or they may believe it to be a kind of ‘alternative’ truth – popular among conspiracy theorists. However there are also malicious reasons for sharing misinformation – for the same reasons that disinformation is created.

In comes ‘fake news’. It’s not the most exact phrase; it can be thrown at just about anything. Usually as an insult and without much thought or research behind it. But fake news has become a common term for all things mis- and dis-informative. Popularised by Donald Trump in just about every press conference, its popularity has seen a meteoric rise lately.

Entering ‘fake news’ into Google Trends shows how the term had a sudden surge in popularity online back in late 2016 – notably right around the time of the US election. It’s been with us ever since, often spiking during particular global events and has never dropped back to it’s pre-Trump levels. Facebook has been a breeding ground for fake news. With its quick and easy Share feature and a proliferation of fake accounts dispersing harmful content.

It’s not hard to notice that fake news is most prevalent when there’s a major event of some kind. Think of Brexit, the pandemic and even recent news about medical breakthroughs. When there’s a subject people feel strongly about, especially something divisive, there’s a surge in the amount of misinformation being passed around. Anti-vaccination content exists on the internet all year round, but doesn’t usually get shared too far beyond its own community. However with more and more people looking up news about the Covid vaccine, it’s potential audience has grown exponentially. It only takes a few people to share anti-vax items that aren’t based in scientific fact for the message to be spread across social media as if it were genuine news.

The problem gets intensified when high profile figures share misleading material. Particularly celebrities with audiences well into the millions across social media. For instance Kim Kardashian has 193 MILLION Instagram followers right now – her posts reach enough people to populate a country. That’s a colossal audience, and as with all influencers, she has an impressionable demographic following her. Many have been called out for irresponsible sharing. From Gwyneth Paltrow’s misleading and sometimes dangerous health content, to Woody Harrelson sharing baseless reports about 5G causing coronavirus. And of course, Donald Trump; walking the line between sharing fake news, and accusing other people of doing the same. Unfortunately, the enormous reach influencers have means that just one drop of disinformation can spread like a tidal wave. More reliable, expert content struggles to rival such popularity.

Social media sites have been slow at combatting what’s shared on their platforms. While freedom of speech is an important right, there’s always the uncomfortable matter of when it’s gone too far. Facebook, Twitter and Instagram have recently started adding disclaimers under certain content – anything on your timeline related to Covid is likely to have a little message tacked underneath with further resources.

Check it out: It can be as simple as that. Take a look at the author, the publication date and the evidence. All these little things can help you discern the credibility before you go any further. Is it reputable, recent, and supported by other reliable sources? You wouldn’t buy something without shopping around a bit first; make sure you’re getting the best quality news the same way. Track down a few other sources to compare the facts.

Read beyond the headline: Don’t fall for the clickbait-y opening lines. Sensationalist titles aren’t the whole story so make sure you’re not getting your facts from the first sentence on the page. Read thoroughly, especially before sharing.

Common sense: Critical thinking shouldn’t stop just because you’re on your phone. If something seems too good to be true, chances are it probably is. Same goes for anything that’s trying to get a strong reaction from you. Take a second to really think about that article which made you upset/offended/furious. Outrage can be a sign you should check out this info elsewhere before you believe it.

Not 100% sure? Don’t share: It can be tempting to automatically repost content when you agree with a catchy headline. And we’re all guilty of skim-reading things without paying much attention. But perpetuating the cycle of misinformation is the last thing anyone needs. If you’re not certain about something – or haven’t double checked the facts – just give sharing it a miss. 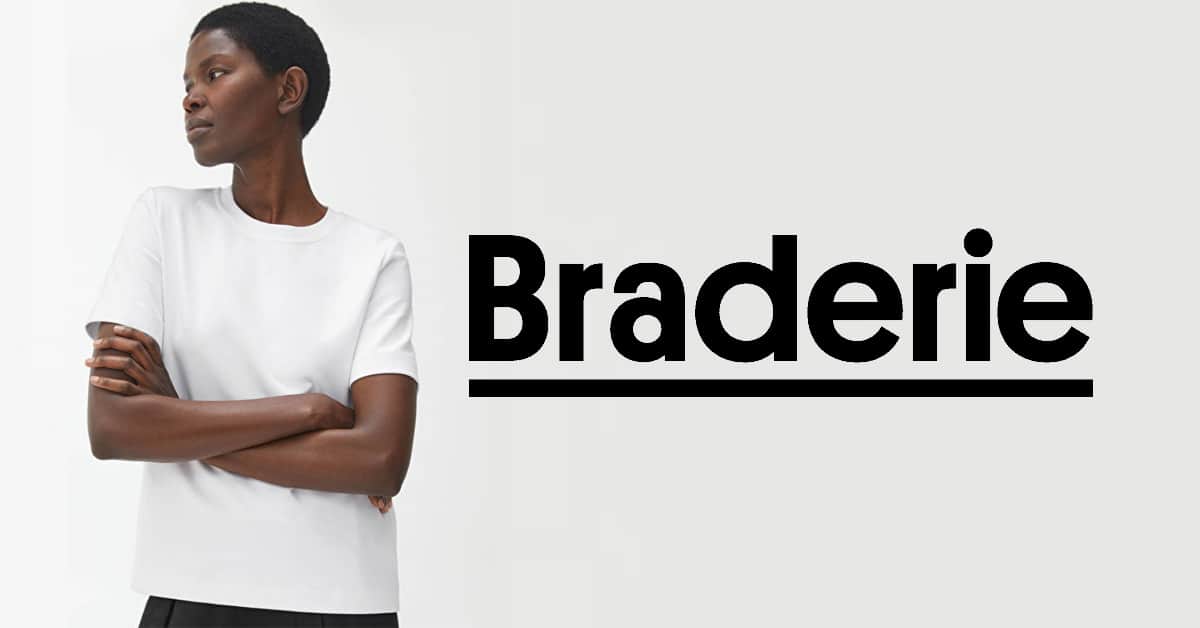